Jeffrey Wright is an American actor. Wright was born on December 7, 1965. He was born and raised in Washington, DC. He graduated from Amherst College in 1987 and studied Political Science while at Amherst but Wright left the school with love for acting.

After graduating, Wright won an acting scholarship to NYU. He dropped out of it after only two months to pursue acting full-time. 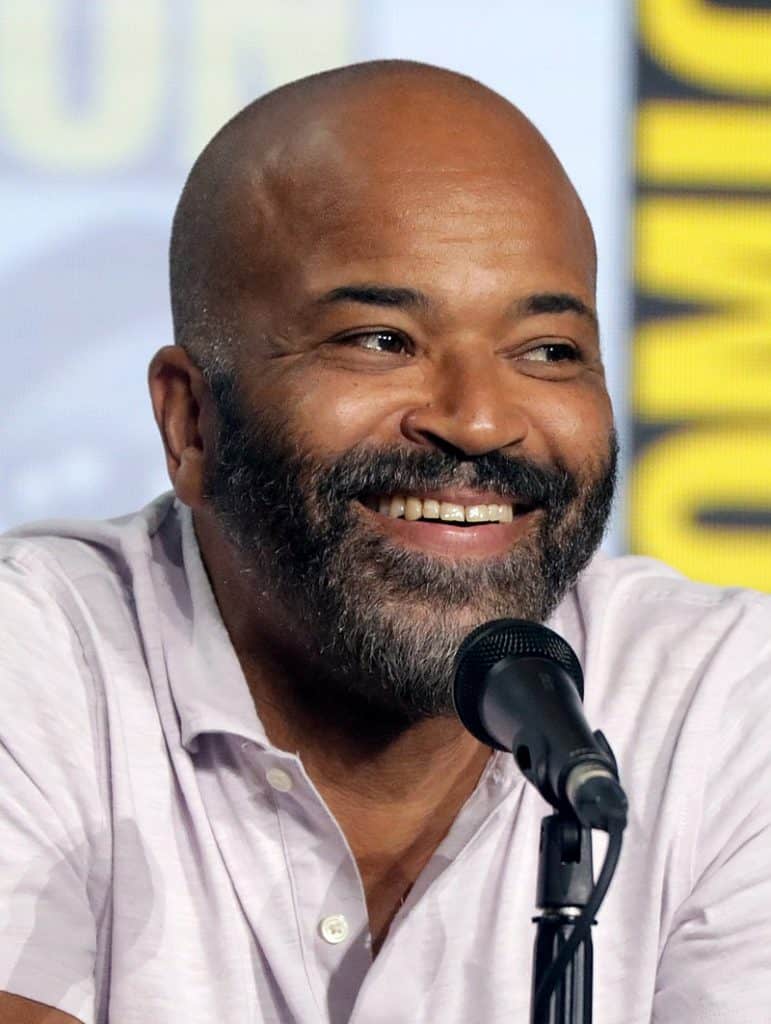 Wright got the roles in 1990’s ‘Presumed Innocent,’ and the Broadway production of ‘Angels in America’ because of which he won a Tony award.

Wright perfectly showed off his exceptional talent and ability on both stage and screen alike. Certainly, his first dominant on-screen performance was ‘Basquiat’ which came in 1996. The film was directed by Julian Schnabel.

Wright had disturbing performance as the late painter Jean Michele Basquiat who was critically acclaimed. But Wright continued to play for the HBO dramatic series ‘Boardwalk Empire.’

Jeffrey Wright was born in Washington, D.C. on December 7, 1965. Jeffreys mother used to work as a customs lawyer. However, his father died when he was a child?

He graduated from St. Albans School and attended Amherst College. Consequently, he received a bachelor’s degree in political science and had planned to attend law school; however, he chose to study acting instead.

Wright attended New York University for two months, but he left to become a full-time actor.

Wright appeared as Norman “Belize” Arriaga in Tony Kushner’s award-winning play ‘Angels in America,’ in 1993 and 1994. Here, Wright’s portrayal of a gay nurse forced to take care of Roy Cohn as he dies of AIDS. However, the film helped them to win him the ‘Tony Award’ which considered him Best Featured Actor in a Play.

Wright acted as painter Jean-Michel Basquiat in the film ‘Basquiat’ in 1996 where the film got critical acclaim as well.

Wright’s performance gifted him an Emmy award and a Golden Globe award for Best Supporting Actor in a miniseries. However, In 2004, he appeared in ‘The Manchurian Candidate’; the remake of Jonathan Demme.

Similarly, in the same year in 2005, he starred in the play ‘This Is How It Goes,’ where he appeared as one of the tenants in ‘Lady in the Water.’

Wright performed as Felix Leiter in the James Bond movie ‘Casino Royale,’ in 2006. However, Wright later reprised the role in ‘Quantum of Solace in 2008.

Wright starred in the alien invasion suspense thriller ‘The Invasion,’ in 2007. In 2008, he appeared as Colin Powell in ‘W.’ Wright was cast as Muddy Waters in ‘Cadillac Records,’ a biopic which was loosely about the rise and fall of Chess Records.

In 2010, Wright portrayed Jacques Cornet in the world premiere run of ‘A Free Man of Color’ (play) at the Vivian Beaumont Theater of the Lincoln Center for Performing Arts in New York City.

Wright appeared as Beetee in ‘The Hunger Games’ film series, starting with ‘The Hunger Games: Catching Fire.’ However, the film series released on November 2013 where he portrayed the role of Dr. Valentin Narcisse in season 4 of ‘Boardwalk Empire,’ which started in the fall of 2013.

Wright appeared in a commercial for ‘Dell Technologies,’ in March 2017. He showcases an excellent golf swing while demonstrating a Callaway driver in the very advertisement.

In August 2000, Jeffrey Wright married actress Carmen Ejogo; as a result; they have a son and a daughter whose names are Elijah and Juno, respectively. They used to live in Brooklyn, New York, but finally, they separated in 2014. Most noteworthy, Wright received an honorary degree from Amherst College in 2004.

Jeffrey Wright has been working for a long time as an activist to end resource-related conflicts. Furthermore, Wright established Taia Lion Resources in 2011, a mineral exploration company which focused on ethical and sustainable mining in Sierra Leone. Wright’s conflict-free mining philosophy was highlighted in a video on August 2012, by the Enough Project.

In contrast, on April 24, 2018, in an interview with ‘The Late Show with Stephen Colbert,’ he stated that he had seen a lot of flesh while shooting ‘Westworld.’