Leslie David Baker, an American television and film actor, was born on February 19, 1958. Generally, most of us remember him as a paper salesman named Stanley Hudson in ‘The Office’. However, he played for nine seasons in the series. 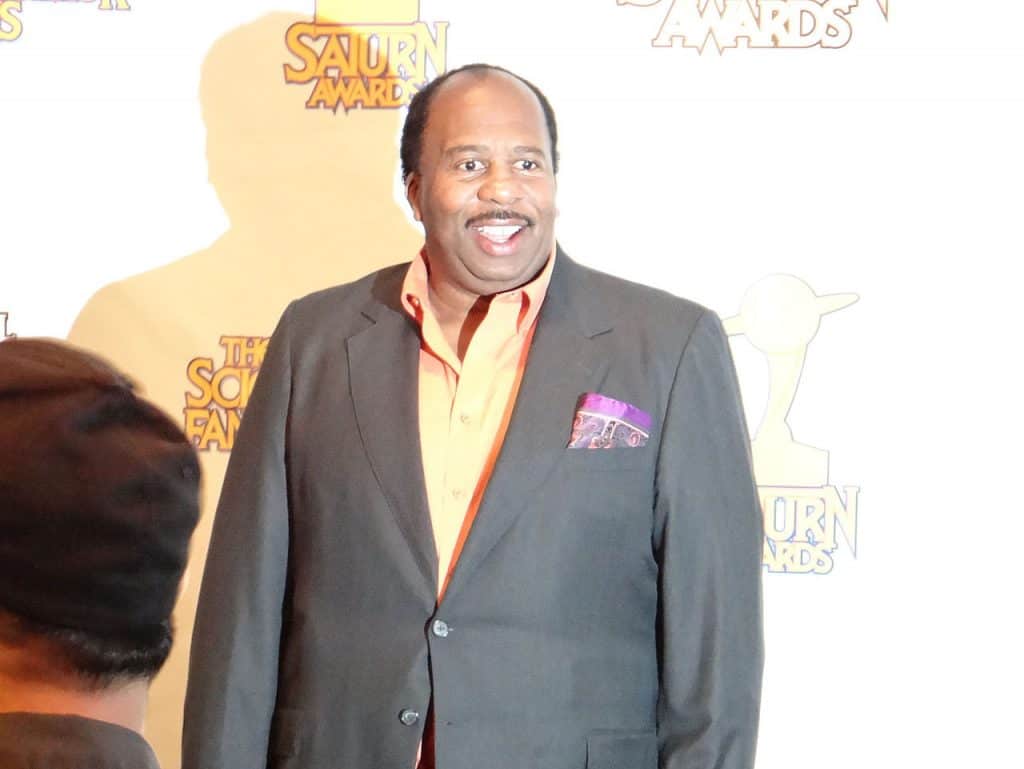 Leslie David Baker, an American television and movie actor, holds an estimated net worth of $8 million as of 2013. Most importantly, Baker is a renowned actor for his role of Stanley Hudson in the series ‘The Office.’

Baker completed his BS in psychology from Loyola University Chicago. Accordingly, he holds MS in human services administration from Spertus Institute for Jewish Learning and Leadership, located in Chicago.

Leslie David Baker taught special education and portrayed an office worker in OfficeMax commercials while he used to work on his MS degree.  Besides, Baker also worked for the Board of Education, the Department of Public Health, and the Office of Cable and Communications located in Chicago.

Throughout his career, he has managed to keep his personal life hidden from public and media. So, it is impossible to know if he has any children or not.

Leslie David Baker had moved to Los Angeles in the late 1990s.

Baker scheduled his next audition on the same day when ‘The Office’ team called him back. He got caught in traffic on his way to the Office audition, the producers thanked him for his patience because he feels as if the Baker is present in Bathroom. “By then I was sweaty, my clothes were rumpled, and I was cranky,” Baker later explained. “The character was written the way I was feeling that day, and I just let ‘er rip. Two weeks later I got a call: ‘You got the pilot.’

Baker had portrayed the character of Stanley Hudson ‘The Office.’ He is a sales representative for the Dunder Mifflin which is a fictional paper distributor. However, in the movie, he has appeared as a defiant, grouchy curmudgeon.

His performance was claimed as “a standout” on the show, and due to his “his monotone voice and calm demeanor, he played well against the off-the-wall nature of many of the other characters.” Some of Baker’s scenes from ‘The Office,’ have become memorable to fans.

Baker had portrayed a tranquilized, and then giddy, Stanley. Stanley got noticed while he said that he is happy to be living in retirement in Florida at the conclusion of the series.

Baker has worked as a part of the Office cast. Baker received Screen Actors Guild Awards in the Outstanding Performance by an Ensemble in a Comedy Series category in 2007 and 2008.

Several former Office actors expressed interest in a revival of the series in 2017, The Hollywood Reporter’s Lesley Goldberg talked about Baker, “Why wouldn’t he return?!”

After the completion of ‘The Office’ in 2013, The Hollywood Reporter told that Baker had had furthermore few roles. And at the same time Bustle explained that he was “plenty busy with his other creative pursuits.”

Leslie David Baker released the song “2 Be Simple” in November 2011 with an accompanying music video which presented Baker in a bathrobe dancing with scantily clad women. At the same time, Cameron Matthews announced the song as “infectious” and says that “totally [capture] the daydreams of a middle-aged man in crisis.”

Later, Baker starred in American family sitcom television series ‘Raven’s Home.’ He appeared as Principal Wentworth. Before this series, he had worked in small parts in ‘Scorpion’ and ‘Life in Pieces.’

In 2017, Leslie appeared in a voice role on the CMT American series ‘Still the King’. Similarly, in the American computer-animated superhero comedy film ‘Captain Underpants: The First Epic Movie’.  Furthermore, he appeared in the black comedy crime film ‘The Happytime Murders,’ initially in 2018.

In January 2018, Leslie appeared in a commercial for FileMaker Inc., a subsidiary of Apple Inc. which presented as a farmer alongside former Office actors Paul Lieberstein and Kate Flannery.

As usual, like numerous actors, Leslie David Baker is an active member of Instagram with 75.5k followers, 71 Following and 21 posts. Most importantly, he also promotes his projects through Instagram.