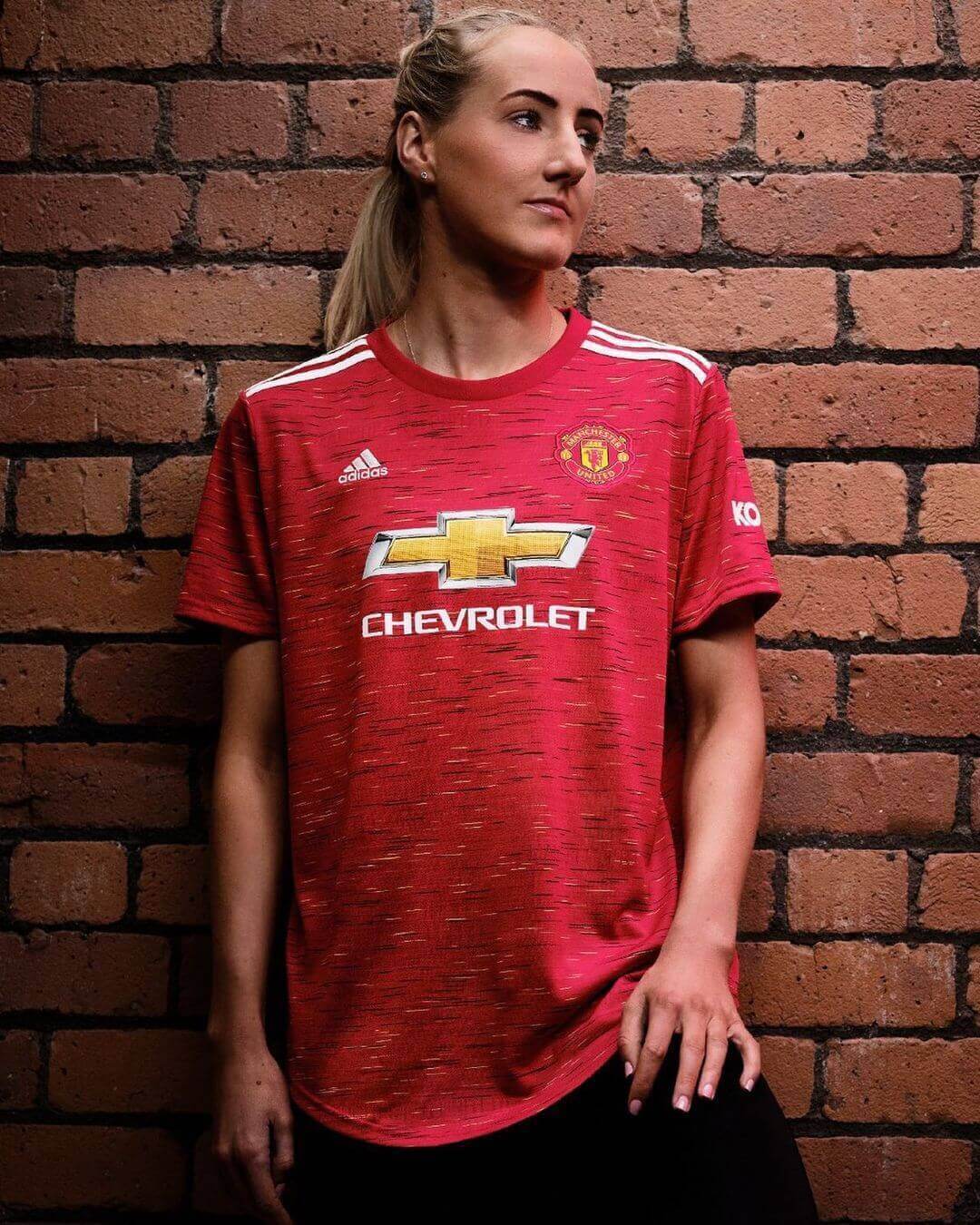 Millie Turner is an English footballer, born on 7th July 1996 in Wilmslow, England. She is currently playing for FA WSL club Manchester United as a defender. She plays either as a center-back or a holding midfielder. Whereas her passing range helps contribute to the side’s attacking moves. She is calm, composed, and can position herself in the right place by anticipating danger. She has spent her youth in the United States for a year, where most of the best players learn. Upon returning from there, Turner joined Manchester United’s junior level. She has to join other clubs as there was no senior team in the United.

Turner joined United’s senior team on 1st July 2018. She was one of the seven players to have played for the club at the youth level. Before United, she played for Everton and Bristol City. In addition, Turner has played for England’s U-19 national team for the 2014 La Manga Tournament and UEFA Women’s U-19 Championship. She was selected for the training camp in September 2020 at George’s Park. Further, the defender signed a new contract with the United. And on the same day, she capped for the senior team for England.

What is the relationship status?

As of now, Turner has not married nor has children. She is currently single, according to some sources. Like many other players, she likes to keep her personal and love life far from media attention. Furthermore, there is no information about her past dating history or so.

Turner grew up with her brothers, older Bruce and younger Jake, in Wilmslow, England. Jake Edward Turner is also a professional goalkeeper playing for Newcastle United. The emerging center-back defender started playing football at a young age with her brothers. Hence, the additional information regarding her parents will update soon.

Turner started playing football at a young age with her brothers. She began her journey from Stockport County. At ten she moved to Manchester United and Crewe Alexandra’s youth football club. Further, the player turned down the offers from Liverpool and Everton, Merseyside giants. And she continues her journey in Manchester United. However, she had to switch the club as there was no senior women’s team at that time. Turner has played for many clubs and the national team.

Turner associated with Everton halfway through the 2013 season and linked up with the development team. Before the 2014 season, she signed her first senior contract. And on 20th April, she debuted against Notts County in a 2-0 loss. Altogether, Turner made five appearances in the inaugural league season. And further two appearances in the FA WSL Cup. She appeared in the Women’s FA Cup final, with a 2-0 loss to Arsenal at Stadium MK on 1st June.

Furthermore, Turner signed with Bristol City in January 2017, before the FA WSL Spring Series. On 22nd April, she debuted for Bristol City in a 3-1 loss against Reading. And she made additional seven appearances in that season.

Before the 2017-18 FA WSL Campaign, the player became the captain of the team. On 4th November, Turner scored her first goal for the club against Chelsea. However, they lost with a 2-1 in the FA WSL Cup. Moreover, she scored her first league goal against Manchester City in a 6-1 defeat on 3rd May 2018.

Turner joined Manchester United’s new women’s team on 1st July 2018, where they competed in the FA Women’s Championship. The player reunited with manager Willie Kirk, who came as assistant manager at United. A born leader as described by the United, she was one of the seven players to play for the club at the youth level.

On 19th August, she debuted in a 1-0 victory over Liverpool in the FA WSL Cup. Then after three weeks, she debuted for the league with a 12-0 victory at Aston Villa.

Turner scored the first goal for United in a 5-0 victory over London Bees on 23rd September. She has played alongside Abbie McManus every week for United and performing well in 2019-20. Abbie is the current defender for England. Additionally, the player made her 50th appearance in a match against Chelsea with a 1-1 draw.

Turner is the only player to start every game in all matches last season. Whereas, the club invaded the Women’s Championship, scoring nearly 100 goals in 20 matches. At the same time, Turner’s defense allowed only eight.

Turner got selected for the senior national team in September 2020 as part of a 30-player training camp at St. George’s Park. Further, Phil Neville (head coach) picked her for her performance in the 2019-20 campaign. Also, she was previously capped by England on both under-19 and under-23.