Robert Lyle Knepper is an American actor born on July 8, 1959, in Fremont, Ohio. Robert Knepper is the son of a veterinarian. His mother used to work in the props department for the community theater while he was growing up.

Because of his mothers’ involvement, he became interested in acting. Gradually, Knepper began his career in theater before majoring in theater at Northwestern University. Knepper has worked in over one hundred professional theatrical productions around the world. Almost he is renowned for his role as Theodore “T-Bag” Bagwell in the Fox drama series ‘Prison Break’ (2005–2009, 2017). 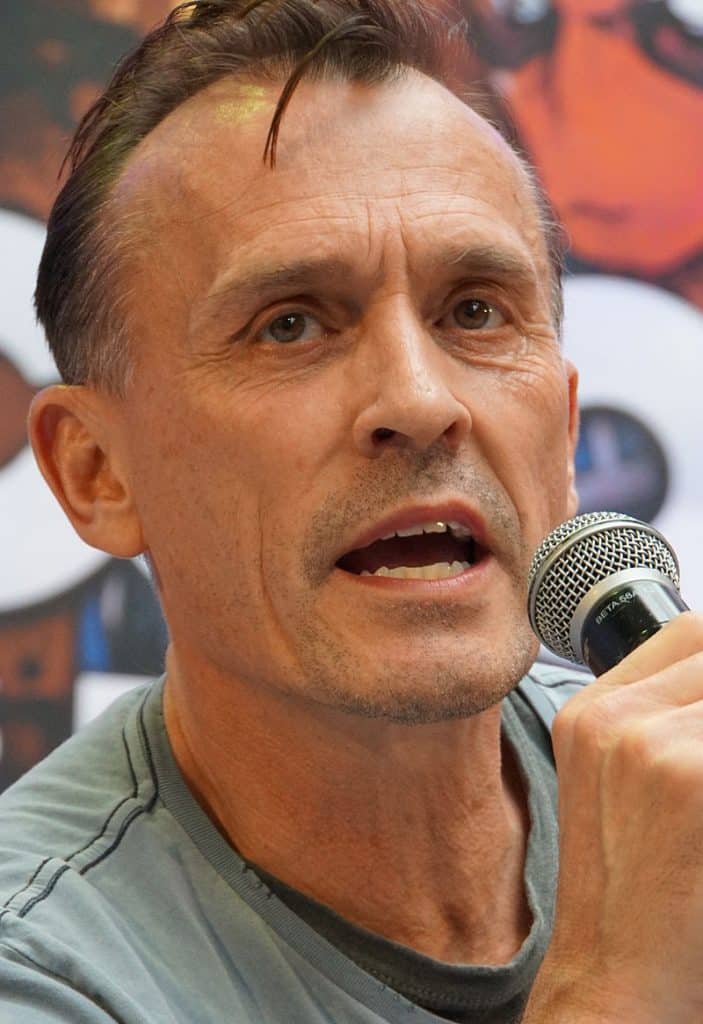 Robert Knepper, an American actor, best known for playing the role of Theodore “T-Bag” Bagwell on the TV series Prison Break, has a net worth of $2 million.

Robert Knepper took birth in Fremont, Ohio and rose in Maumee, Ohio. His parents are Pat Deck and Donald Knepper.

The curiosity and interest in acting from an early age, he consequently got the chance to perform in theatre due to his mother’s involvement as a props-handler at a community theater.

Robert graduated from Maumee High School in 1977 and attended Northwestern University. During that time, Knepper acquired professional roles and played in Chicago. Knepper quit Northwestern and went to New York City near to the completion of his degree, but he later continued to work in theater.

Knepper began his television and film career in 1986 with ‘The Paper Chase’ and ‘That’s Life!.’ Knepper kept on appearing in more substantial roles in such films like ‘Wild Thing,’ ‘Young Guns II,’ ‘When the Bough Breaks’ and ‘Everyone Says I Love You.’

Robert also performed on television series like ‘The Twilight Zone,’ ‘Star Trek: The Next Generation,’ ‘ER’ and ‘Law & Order.’ In 2005, Knepper appeared in his best-known role as Theodore “T-Bag” Bagwell in ‘Prison Break’ after a recurring role on the HBO series ‘Carnivàle.’ However, The”T-Bag” series received many positive acclaims and considered to be one of the greatest television villains.

During Robert’s time on Prison Break, he also appeared in some films; ‘Good Night,’ and ‘Good Luck,’ ‘Hitman,’ ‘Transporter 3’ and ‘The Day the Earth Stood Still.’

After the completion of ‘Prison Break’ in 2009, Knepper appeared as villain Samuel Sullivan in the fourth and final season of ‘Heroes.’ Similarly, he appeared in a recurring role in ‘Stargate Universe’ in 2010.

Robert guest- appeared on season six of ‘Criminal Minds’ as Rhett Walden: a serial killer. The same year he was cast in the titular character in the film adaptation of ‘Burning Daylight.’ Moreover, Robert appeared as Rex Coughlin, Honolulu Police Internal Affairs detective in the series ‘Hawaii Five-O.’

Robert again reprised his role of T-Bag in one episode of the A&E series ‘Breakout Kings’ in 2011. The following year Robert was cast as Frank Sinatra in ‘My Way.’ It is a biographical drama film of Claude François who was a French pop singer and also wrote the song “Comme d’habitude” which was the original version of Sinatra’s song “My Way.”

Robert appeared as Roger Reeves, in the 2013 television series ‘Cult.’ Robert also appeared in ‘R.I.P.D., Percy Jackson: Sea of Monsters,’ the same year. He guest-appeared on the crime thriller television series ‘The Blacklist (episode: “The Courier”).

At the end of 2013, Knepper appeared as gangster Sid Rothman in the TNT premiered series ‘Mob City.’ Knepper guest-starred as a master hacker and time-and-motion study expert William Tockman / Clock King in episodes of ‘Arrow’ and ‘The Flash.’

In July 2017, the team declared Knepper; the show’s main cast for season 4 and will be promoting too.
Robert Knepper appeared in the reboot of David Lynch’s horror drama televisions series ‘Twin Peaks’ as gangster Rodney Mitchum. Later he gave a voice for the audiobook adaptation for the tie-in epistolary novel of the show called The Secret History of Twin Peaks.

In 2006, Robert received the ‘Satellite Awards’ for the Best Supporting Actor Series, Miniseries or Television Film.

Robert Knepper has a son named as Benjamin Peter who was born in 2002, from his first wife, Tory Herald. However, Robert and Tory married in 2005 and divorced in 2009. Later, Robert had a second marriage with Nadine Kary in 2013. Robert is active in the acting profession since 1977.

Robert Knepper, renowned actor of ‘Prison Break’; hit with a defamation lawsuit by one of his sexual assault accusers.

On November 8, 2017, Costume supervisor (designer) Susan Bertram accused Robert of sexual assault. She claimed that Knepper assaulted her on the set of the movie ‘Gas Food Lodging’ in 1991.

Susan claimed that “when she went to his trailer to drop off clothes, suddenly he reached under her dress, grabbed her crotch, hardly pinned her to the wall” and allegedly said, “I’m going to f–k your brains out.

For this accuse, Knepper denied the allegation on social media and said that “he is shocked and devastated because of wrongly accused of violence against a woman.”

Later, Susan’s advocate filed a civil complaint in the Los Angeles District Superior Court. The complaint states, “The false Knepper statements have interfered with (Bertram’s) ability to find work, have damaged her reputation in the Hollywood and entertainment community, and have caused her great mortification and emotional distress.”

The lawyers argue that Knepper’s denials were “false and slanderous.” They claim him for being sleazy and immoral. She is seeking compensation for damages in a jury trial.

Following Bertram’s story, other four more women came forward to accuse Knepper of sexual assault. TV crew, from his TV show iZombie, conduct an investigation and got no evidence of wrongdoing on the set.