Sarah Wayne Callies is an American actress. She was born on June 1, 1977. She is best known for her role of Sara Tancredi in Fox’s ‘Prison Break,’ Lori Grimes in AMC’s ‘The Walking Dead’ and Katie Bowman in ‘USA Network’s Colony.’

Sarah Wayne Callies has made a remarkable impression on audiences worldwide by portraying complex, revolutionary, and compelling female characters to life on screen. 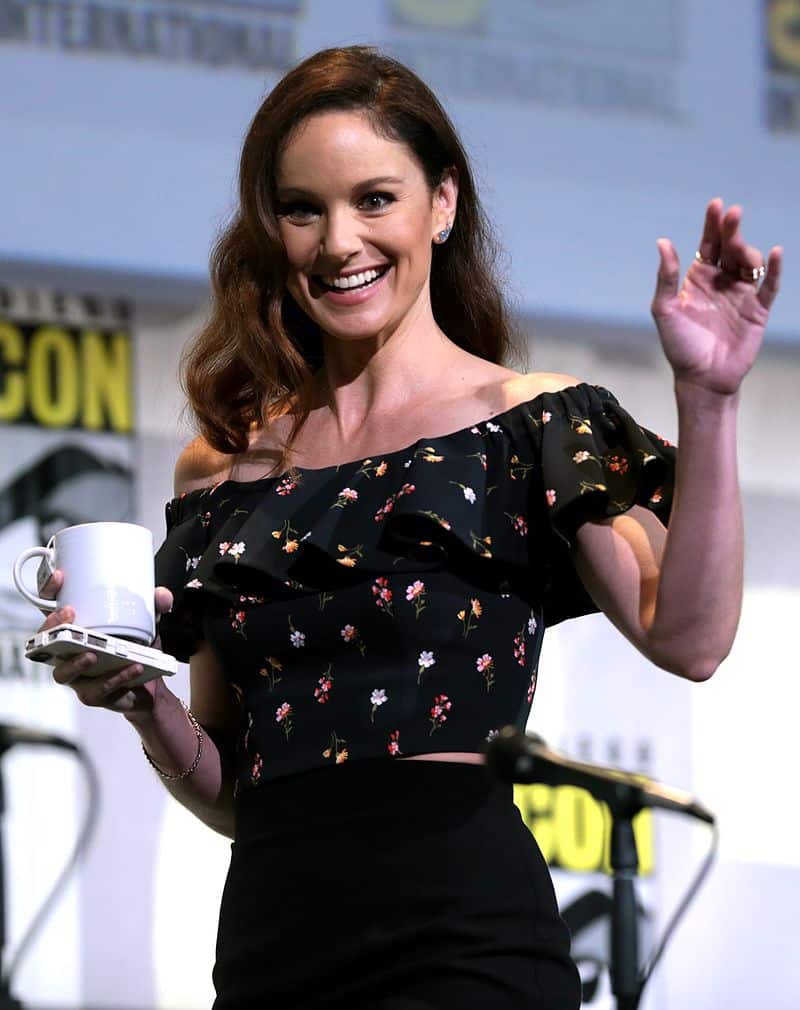 Sarah Wayne Callies, an American Actress, has $ 2 million. Her source of wealth is Film and Television.

Callies was born in La Grange, Illinois. Her parents are Valerie Wayne and David E Callies, who were respectively English and Law professors at the University of Hawaii, Manoa. Therefore, Callies moved to Honolulu, Hawaii at age one, with her family.

Callies expressed an interest in acting throughout her youth.  Because of which she later participated in various school plays at the independent Punahou School. Callies entered Dartmouth College in Hanover, New Hampshire after graduating from high school. Furthermore, with the combination of her studies, Callies remained involved in theatre as well.

Callies completed her education at the National Theatre Conservatory and obtained her Master of Fine Arts degree in 2002.

In 2003 Callies moved to New York and then quickly started her first television role as Kate O’Malley, which seems like a recurring part on the short-lived CBS show ‘Queens Supreme.’

Callies had her first starring role as Detective Jane Porter on The WB’s Tarzan.

Callies portrayed the role in the first two seasons. Later, her character ends off for the third season.

According to Prison Break’s executive producer Matt Olmstead, and the network, even Callies herself, all of them wanted Callies to stay on the show, in spite of the character was written out related to contract disputes.

In March 2008, Olmstead again stated that the character of Sara would return in season four because she is still alive though the character Sara Tancredi had a violent death, Olmstead added: “…we realized that there was a way she could still be alive.” Executive Producer Matt Olmstead also admitted that the fans’ overwhelming response to her death had insisted the decision to bring the character back to the show.

In 2010, Callies appeared in the lead role of Lori Grimes on the AMC horror/drama series ‘The Walking Dead’; based on the comic-book series of the same name due to which the drama considered as the highest-rated show in the channel history.

Callies, she appeared on the role from the show’s start until season three. Generally, In the series, Grimes, her family, and friends have to fight relentless evil. Likewise, they too fight in an appearance both flesh-eating zombies and the few surviving humans.

Later, Callies also convinced the show’s writers to kill her character because that was what had occurred in the comic-book version.

Callies has also appeared in two feature films of Universal Pictures’ ‘Whisper’ and an independent film, ‘The Celestine Prophecy.’

Callies appeared on the Fox Television drama ‘House’ in April 2010. She played the role of a patient of the week whose open marriage fascinates House and the team.

Callies appeared in the Nigerian movie ‘Black Gold’ in 2011 where she had emerged as one of the female lead roles in the Canadian thriller ‘Faces in the Crowd’ in 2011. Furthermore, she co-starred with Nicolas Cage in Uli Edel’s thriller film ‘Pay the Ghost’ in 2015. She returned to television in 2016, in the lead role as Katie Bowman in ‘Colony.’

In 2012, Sarah Wayne Callies had received the ‘Satellite Awards’ for Best Cast in Television series ‘The Walking Dead.’

In contrast, Sarah Wayne Callies is active in Instagram with 1.2 million followers, 85 followings, and 1898 posts.

Callies married Josh Winterhalt on July 21, 2002. She met her husband at Dartmouth. In 2007, her publicist announced that the couple was expecting their first child. Thus, their daughter was born on July 20, 2007, and named her Keala. The couple has a second child, an adopted son. His name is Oakes Wayne, who was born in August 2013.