Thandie Newton was born on 6 November 1972. Her actual name is Melanie Thandiwe “Thandie” Newton. However, She is an English actress who has worked in several British and American films. 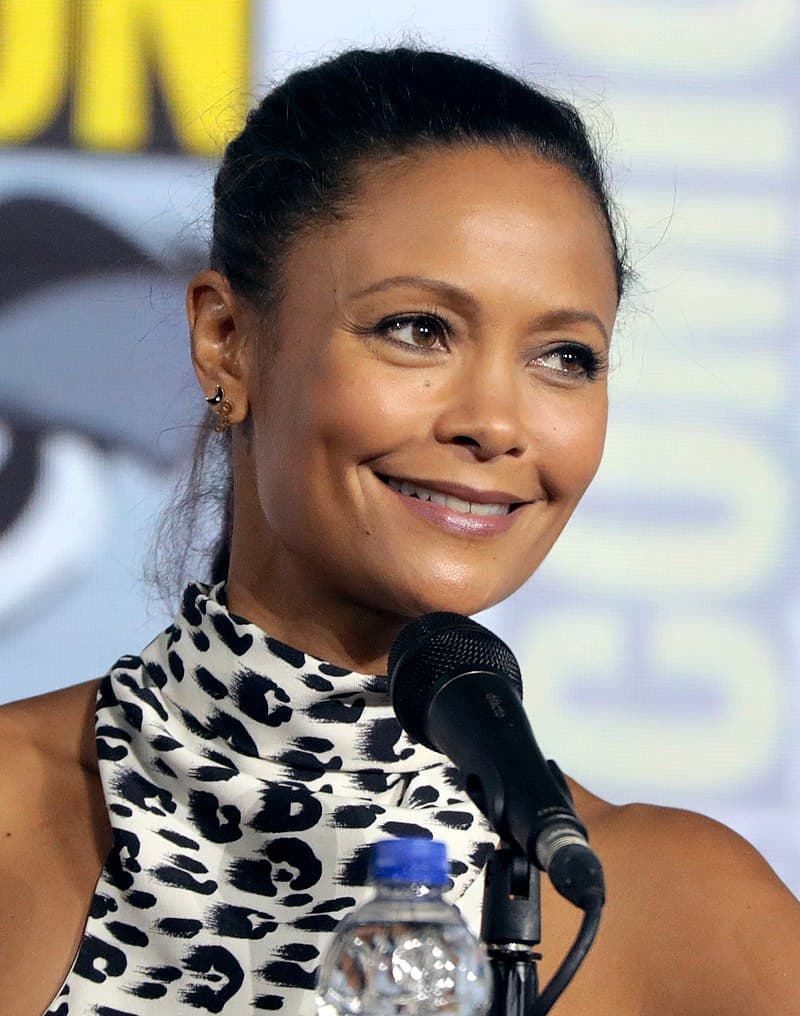 Thandie has played as ‘sentient android’ since 2016; appeared as the madam Maeve Millay, in the HBO science fiction-Western television series ‘Westworld.’ For this work, she earned a ‘Critics’ Choice Award,’ and ‘Golden Globe Award.’

Thandie Newton, a British-born actress, and model have a net worth of $25 million. Newton has achieved generous praise and acclaim for performances in movies both big and small.

Thandie Newton was born on 6 November 1972, in Westminster, London, England. Most noteworthy, she is the daughter of Nyasha who was a Zimbabwean princess of the Shona people and Nick Newton who was an English laboratory technician and artist.

Thandie’s birthplace has been incorrectly reported to be Zambia in some biographies and media. For this misunderstanding, she has confirmed in interviews that she was born in London.

Her name “Thandiwe” means “beloved” in Ndebele, Zulu, Xhosa or Swati, and “Thandie” is pronounced /ˈtændi/ in English. Newton was remarked at a TED conference, since her childhood and she has stated that “From about the age of 5, I was aware that I didn’t fit. I was the black, atheist kid in the all-white, Catholic school run by nuns. I was an anomaly.”

Newton was grown up in London and Penzance, Cornwall. Thandie studied dance at the ‘Tring Park School for the Performing Arts.’ Between 1992 and 1995, Newton studied social anthropology at Downing College, Cambridge.

Newton appeared in the film ‘Flirting’ in 1991. After the movie, she played the role of faithful house slave “Yvette” in the Brad Pitt/Tom Cruise film ‘Interview with the Vampire’ in 1994.

Newton next appeared in the Merchant-Ivory production of ‘Jefferson’ in Paris as Sally Hemings. She also appeared in Jonathan Demme’s drama ‘Beloved’ which was based on Toni Morrison’s novel (1998). Also, she appeared in the central role as the ghost of a young slave girl whose mother murders her to save her from slavery.

The film starred Oprah Winfrey and Danny Glover whereas Newton starred as Nyah Hall. She again appeared opposite to Cruise in the movie ‘Mission: Impossible 2.’

Newton’s next role was in the low-budget film ‘It Was an Accident’ which was written by her husband, screenwriter Ol Parker.

Thandie portrayed Makemba “Kem” Likasu, the love interest of Dr. John Carter on the American television series ‘ER’ between 2003 and 2005. In 2009, she reprised the role for the series finale.

Newton also appeared in ‘The Chronicles of Riddick’ and ‘Crash’ in 2004. In 2006 Newton received a ‘BAFTA Award’ for Best Supporting Actress for her role in ‘Crash.’ Also, She has played Chris Gardner’s wife, Linda Gardner, in the film ‘The Pursuit of Happyness.’ Furthermore, Newton performed for a program on radio in a ‘pantomime’ version of Cinderella.

Newton co-starred with Eddie Murphy in 2007, in the comedy ‘Norbit’ as his love interest. In 2008, she appeared opposite Simon Pegg as his ex-girlfriend in the comedy ‘Run Fatboy Run.’

Newton next cast as US National Security Advisor-turned-Secretary of State Condoleezza Rice in W., Oliver Stone’s film biography of President ‘George W. Bush.’ The movie released on 17 October 2008.
On 7 July 2007, Newton worked as an introducer at Wembley Stadium, for the UK leg of Live Earth. Newton was due to introduce Al Gore to the concert. Later, he was delayed and left Newton to tell jokes in an attempt to entertain the audience.

In 2012, Newton next cast as fictional US First Daughter Laura Wilson. However, It was a disaster film directed by Roland Emmerich and released on 13 November 2009.

Newton delivered a TED Talk on ‘Embracing otherness, embracing myself’ in July 2011. There, she shared her experiences of finding her ‘otherness’ as a child growing up in two distinct cultures. She also added about her being an actress and playing many different selves.

Newton appeared alongside Tyler Perry in the romantic drama film ‘Good Deeds’ in 2012. In 2013, Newton appeared in ‘Rogue’( the first original drama series for DirecTV’s Audience Network).
Newton left Rogue during its third season. In 2015, she appeared in the US miniseries ‘The Slap.’

Newton began playing Maeve Millay in HBO’s ‘Westworld’ in 2016. Besides, Newton also portrayed the role of Val in the Star Wars film ‘Solo: A Star Wars Story’; released in May 2018.

Newton worked as a narrator for the documentary ‘surrounding American comedian Bill Cosby and his sexual assault cases’ entitled Bill Cosby: Fall of an American Icon in 2017. It was aired on BBC One.

Newton’s kept her daughter’s name after the character Ellen Ripley in the Alien films and the singer Nico. She had normal home births with all three of her children.

In 2014, Newton was named PETA’s “Sexiest Vegan of 2014” in the UK because Newton is vegan.
Newton contributed a foreword to We Wish: Hopes and Dreams of Cornwall’s Children in 2006. It was a book of children’s writing published in aid of the NSPCC. Consequently, there, she wrote vividly about her childhood memories of growing up in Cornwall. She had also included how the county’s cultural heritage made it easy for her to “enrich every situation with layers of magic and meaning.”

In 2007, Newton sold her near-new BMW X5. She replaced it with a Toyota Prius after Greenpeace stuck a “This gas-guzzling 4×4 is causing climate change” sticker on her car.

Newton visited poverty-stricken Mali in 2008. She described it as a “humbling experience.” She attended the village of Nampasso in the Ségou Region of the country.

Newton led the One Billion Rising (a global movement) flash mob in London, in 2013. The campaign was for an end to violence, and justice and gender equality.

The director of ‘Run Fatboy Run’ David Schwimmer called the actress “the queen of practical jokes.” Newton has also expressed an inclination toward Buddhism.

In 2016, Newton accused as the victim by her director. She stated that the director repeatedly showed his friends a video of her in a sexually-graphic audition which she made as a teenager.

Later, Newton announced why she worked for the ‘Westworld’ role, which involved substantial nudity. Her role mirrored the experiences of survivors of sexual abuse while also asking moral questions about the meaning of humanity, and it also reflects what it means to be humane.

In 1979, Newton named her daughter Ripley after the character played by Sigourney Weaver in ‘Alien.’

On 19 May 2018, Thandie Newton was highlighted with the headline ‘Thandie Newton: ‘Being the first dark-skinned woman in Star Wars is great … and awful.’

In May 2018, Thandie Newton was also spotted on the red carpet for solo: A Star Wars Story at Cannes. However, In a five-minute interview, she stated about herself being dark, “It wasn’t until after the film finished that a friend of mine – who is a massive Star Wars geek – said, ‘Do you realize you’re the first dark-skinned woman to have a prominent role in the films?