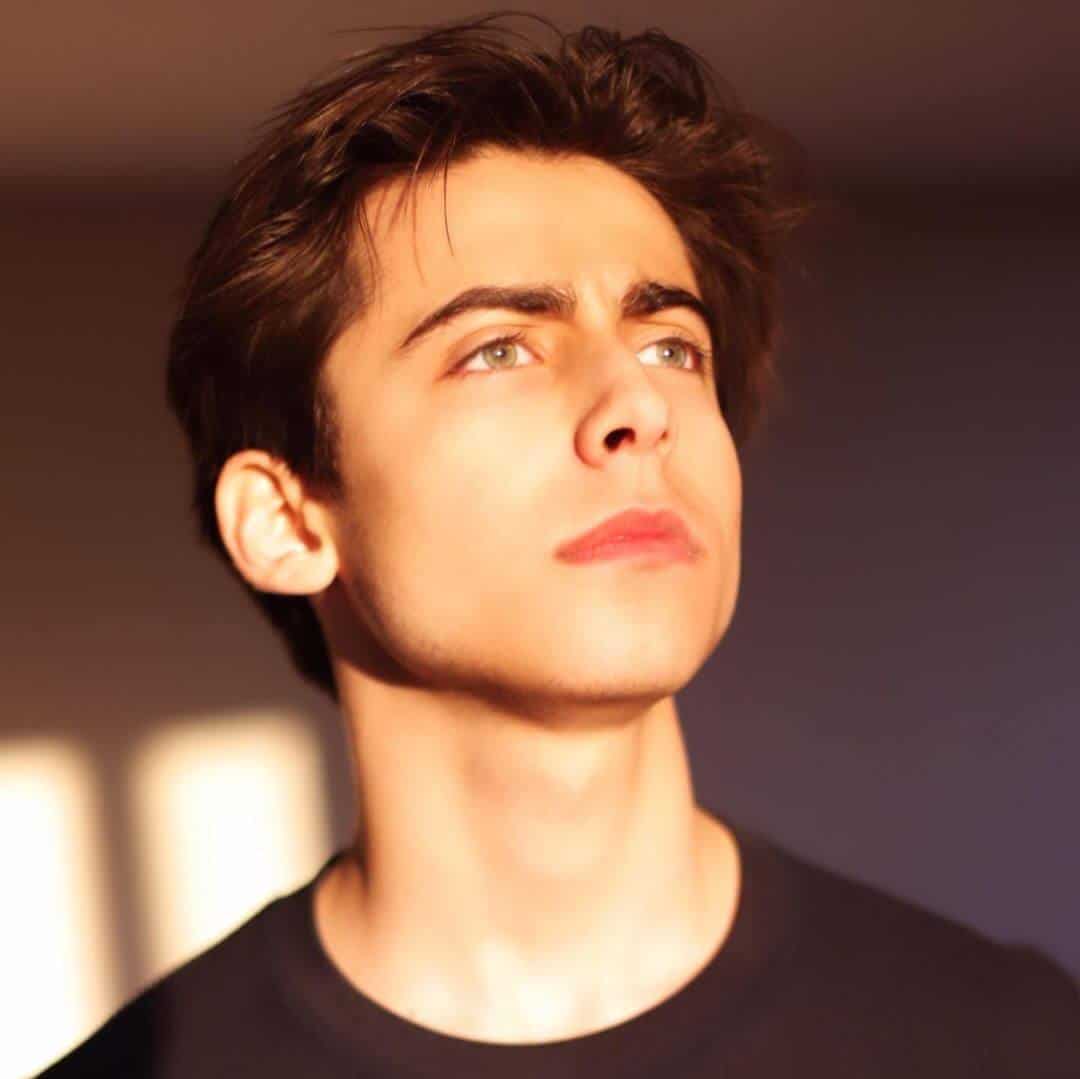 Aidan Gallagher is an American actor, singer-musician, and environmental activist. His full name is Aidan Ryan Gallagher. He was born and raised in Los Angeles. Similarly, he started acting at 9. He played a minor role in the Emmy-winning series, “Modern Family.” He rose to stardom in 2014 after playing a major role on the hit Nickelodeon television series, “Nicky, Ricky, Dicky & Dawn.” At the same time, Aidan appeared on “Ho Ho Holiday Special” on the same channel. His breakthrough role as “Number Five” in Netflix’s original series,  “The Umbrella Academy” further pushed him to fame. Besides acting, he is a singer-musician and has released many singles such as “I Love You,” “Miss You,” “For You.” He believes in “Life, Liberty, and the Pursuit of Happiness”. Moreover, he is an active environmental activist and a youth advocate for a number of environmental organizations.

What is his net worth?

Aidan Gallagher is a talented actor, singer, songwriter, composer, producer. Most of his earnings come from his profession. Along with acting, he also tours in different music festivals. According to some source, his net worth is estimated to be around the US $2 million and salary is the US $15k per episode in 2021.

Aidan is currently single and not dating anyone. There is further information about his previous relationship.

Aidan was born on 18th September 2003 in Los Angeles, California, US. His father is a businessman and his mother is a housewife. He has not disclosed any information about his parents and siblings. Talking about his education, he completed his schooling at a Local High School in Los Angeles. Currently, he is homeschooled to keep up with his higher studies and professional career. He is interested in acting since he was young. And, at 9 years, he started doing minor roles and landed on many life-turning roles for his career.

Aidan is young, good-looking, and has a charming personality. He is 17 years old as of now. His height is 5 feet 4 inches (1.63m) tall and his weight is around 50 kg. He has a pair of beautiful green eyes and short brown hair.

Aidan started off his acting career at a very young age. In 2013, he appeared in a minor role in the Emmy-winning TV series, “Modern Family” as “Alec.” He played the role of “Evan” for the pilot episode of the CBN TV show, “Jacked Up” in the same year. However, this show did not air. Meanwhile, he appeared as “Young David” in a short movie called, “You & Me” in the same year.

Later in 2014, Aidan got a major role for Nickelodeon’s comedy Television Series, “Nicky, Ricky, Dicky & Dawn.” He came as Nicky Harper in the series. It became a breakthrough role in his acting career. He became popular and was nominated as the Favorite Male TV Star for the Nickelodeon Kid’s Choice Awards in 2016 and 2017. The TV show lasted for four-season and ended in 2018. The first season has 20 episodes followed by 25 in second, 24 in third, and 14 in the last season.

Moreover, Aidan starred in a short music video along with the characters from “Nicky, Ricky, Dicky & Dawn” in “We Make That Lemonade” in 2014. Again in 2015, he appeared in Nickelodeon’s “Ho Ho Holiday Special. Additionally, in the year 2016, Aidan hosted “Nickelodeon Kid’s Choice Sports Awards”. In 2017, he came as a cameo in Nickelodeon’s “Sizzling Summer Camp Special” in the role of “Beach Guy”.

Further, Aidan portrayed the role of “Number Five” in the Netflix original series “The Umbrella Academy” in 2017. The series aired in February 2019 on “Netflix”. The series popularity further gave Aidan a successful path for his upcoming acting career.

Apart from being an actor, Aidan is also a singer and songwriter. He released his first song, “Blue Neon (Club Version)” in December 2019 and listed 22nd positions as the Bandsintown Emerging artist. The “Big Break Accelerator Program Showcase” picked him for 2020 SXSW. And Aidan became the first-ever young solo artist to perform at SXSW.

In addition, Aidan dropped his self-produced second single “Miss You” and third single “For You” in 2019. Following his fame from “The Umbrella Academy”, he released another song “I Love You” and “4th of July” in 2020. Aiden’s 2020 Blue Neon Tour was canceled due to the Covid-19 pandemic. But his songs were recognized by two prestigious competitions. His single, “For You” won Honorable Mention in the Teen Category at the 2019 International Songwriting Competition. And his “I Love You” single won a Vox Pop in the Acoustic category at the 18th Annual Independent Music Awards in 2020.

Aidan loves the environment and is always active on matters related to environmental issues. He is a young environmental activist. He is a youth advocate for many environmental organizations like Waterkeeper Alliance (fights for the community’s right to drinkable, swimmable, fishable water), Oceanic Preservation society (NGO that promotes marine conservation, based on Colorado), and WildAid (their mission is to end the illegal wildlife trade). Aidan’s goal is to raise awareness on environmental issues by utilizing his celebrity status.

In June 2018, he became the youngest ever UN Environmental Goodwill Ambassador for North America at 14 after working for five years for other environmental organizations. In September 2018, he gave a speech at the United Nation’s Global Climate Summit and represented the youth to the world leaders. Whereas in October 2018, Aidan met with United Nations leaders in New York. The Government of the United Kingdom and Prince William invited him to host the Summit on Illegal Wildlife Trade in London and to introduce the Duke of Cambridge on the stage.

Moreover, he posts about the environmental issue on social media on a regular basis. Aidan is a vegan and ambassador for veganism. Further, in 2021, Aidan gave an interview to Vanity Teen (a fashion magazine) about his career and his social influence on young people.

Aidan became one of the top actors who is under 25 in the list of Variety’s Power of Young Hollywood in August 2018. He has won awards and nominations for his acting career. They are:

Aidan is very active on social media platforms. He has around 7 million followers on Instagram (@aidanrgallagher), 328, 747 followers on the Facebook page (Aidan R Gallagher), and 587k followers on Twitter (@AidanRGallager). Additionally, Aidan started his official YouTube channel (AidanRGallagher) on 3rd June 2006, where he uploads his songs and have 2.93 million subscribers. He owns a website (https://aidanrgallagher.com/music) to post about his music career and environmental issue.