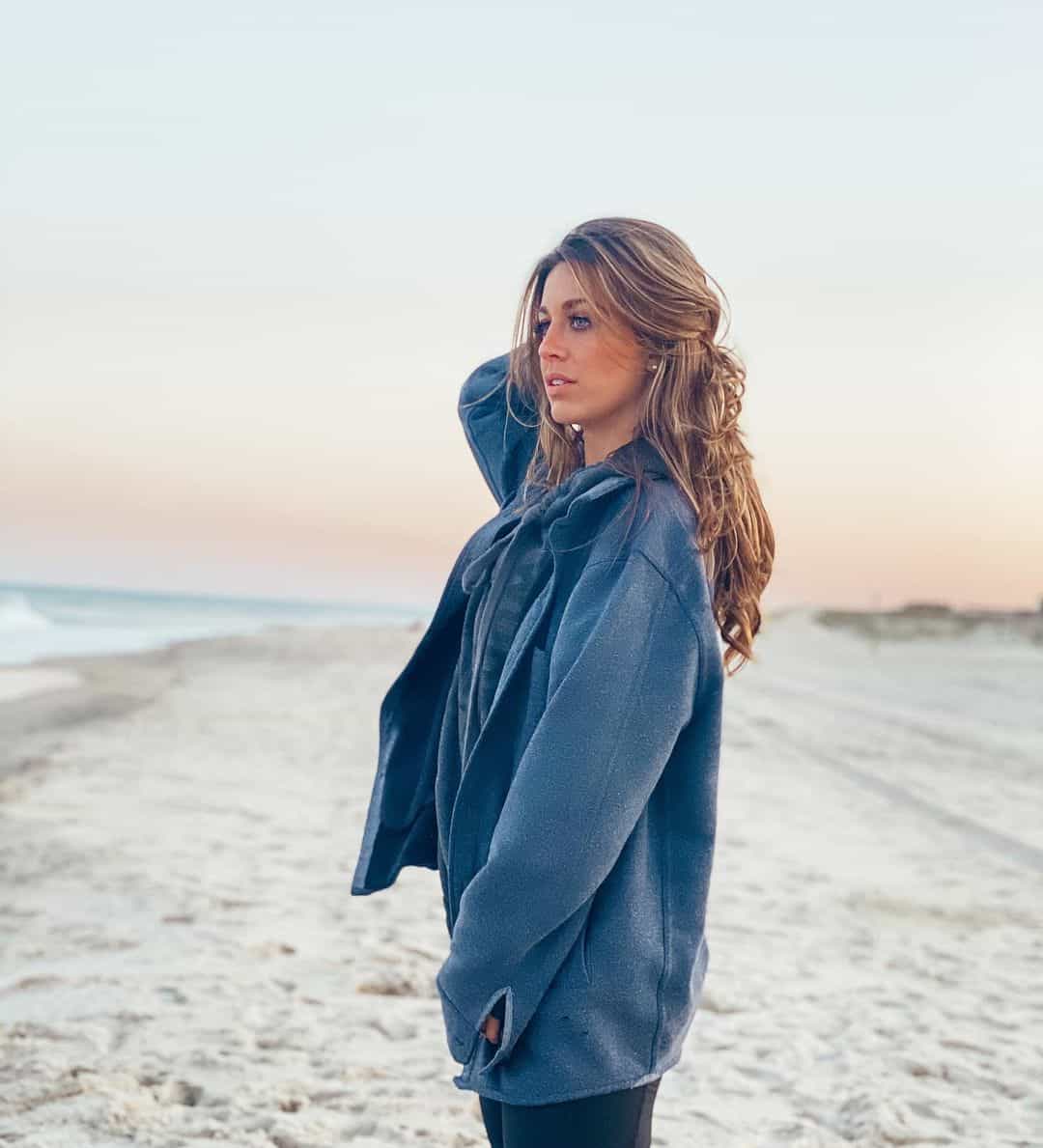 Emma DiGiovine is a popular American journalist and producer. She is associated with a TV show, “Watters World,” as a producer and journalist at Fox News channel. Similarly, Emma started working at Fairfield in 2012. Later, she joined Showtime Networks Public Relations Department as an intern during her sophomore year. Moreover, she has worked with the MSA Models, a Model Management Agency, and Macy’s and Tommy Hilfiger. However, in February 2015, she joined the Fox News team. Then, she worked as a personal assistant of John Stossel.

In 2017, Emma was promoted as Associate Producer of Jesse Watters’ show “Watters’ World.” She gained more popularity by involving in a scandal with Jesse Watters. But she is a talented journalist who has proved herself. Emma moved to The Ingraham Angle in  Fox News following her scandal. Nowadays, she is a social media personality and a businesswoman. Along with this, she has created a website and also active on social media platforms.

Emma DiGiovine was born in 1992 in Cranford, New Jersey, US, though the exact date is not available. She has not disclosed any information about her parents. She has a brother, Greg DiGiovine. Talking about her education, she has completed her primary education from a local Cranford school. Later, she joined the Academy of Saint Elizabeth Convent Station to complete her high school.

She was active in sports like soccer, softball, field hockey in high school, and dance lessons. At 15, Emma joined American Ballet Theater as a ballerina. Also, she performed on Broadway’s Metropolitan Opera House. Emma attended Fairfield University in Connecticut after her graduation 0n 2010.

In College, she worked for the University’s Student Association as the Marketing Director. Likewise, she completed her graduation with a Bachelor’s Degree in Journalism in 2014.

What is her Marital status?

Emma is married to Jesse Watters. Jesse Watters is a famous political commentator and hosts a show, “Watters’ World,” on Fox News. Emma met Jesse while working as an associate producer for the same talk show in 2017. In the meantime, Jesse was married to her ex-wife Noelle and had twin daughters.

Following the scandal, they reported to the network’s Human Resource Chief about their relations. After that, Emma was transferred to another program, “The Ingraham Angle,” and continued to work there. Later, Jesse Watters and Noelle parted their ways in March 2019. And Emma and Jesse continued their relationship.

Further, on 25th August 2019, Jesse proposed to Emma, and in December 2019, they announced their marriage. They tied the knot on 30th December 2019 in The Ritz-Carlton in Naples, Florida. Guests like Donald Trump Jr., Kimberly Guilfoyle, Lara Trump, and Eric Trump were present at their wedding.

On 6th October 2020, Emma shared about her pregnancy through an Instagram post. And on 2nd April 2021, they were blessed with a baby boy, Jesse Bailey Watters Jr.

Salary and Net Worth

Emma DiGiovine is a professional journalist and TV show producer. Most of her income comes from her profession. As per some sources, her estimated salary is around $34,074 – $124,135 per year. And her net worth is approximately $1 million to $5 million. Likewise, Emma is also an aspiring model, and she has worked with MSA Models.

Emma is currently age is 29 years old. She stands at the height of 5 feet 6 inches (1.70 meters) tall and weighs 53 kg. Further, she has beautiful dark brown hair and a pair of hazel eyes. Her body measurement is approximately 34-26-36. Other information like dress size, shoe size will update later.

Emma is an American journalist and producer. In earlier days, she worked for Fairfield in 2012. And she joined Showtime Networks Public Relations Department. She worked there as an intern in her sophomore days. Also, she has worked on her school’s newspaper, “The Mirror,” along with the student association. Then, she started working as an assistant editor in Wainscot Media.

She joined Fox News in February 2015 and began her career as a journalist. She has worked as a freelancer and writes blogs for Elite daily while working in Fox News. Later, Emma began working as the personal assistant of John Stossel on Fox News. She has also worked as a production assistant for Fox News’ “Stossel.”

After a year, Emma joined Jesse Watters’ “Watters’ World” as an associate producer. While working with the show, she interviewed Donald Trump, Air Force One shoot, and field-produced Super Bowl. After her scandal with Jesse, she was moved to “The Ingraham Angle” program on Fox News.

In earlier days, Emma has pursued her career in modeling. She joined the MSA Models, a Model Management Agency. In the meantime, she achieved some success while working for the top fashion brands. Emma has worked with Macy’s and Tommy Hilfiger. Later, she switched back to journalism.

Emma is a social media personality and a businesswoman. She has created her website to share beauty and lifestyle tips, exclusive content, workout videos, and sell workout gear and outfits.

Furthermore, journalist Emma DiGiovine is active on social media like Facebook, Instagram, YouTube. There are around 26.3k followers on Instagram (emmawatters__), 1,042 on Facebook (Emma Watters), and 2.76 subscribers on YouTube (EMMA WATTERS WORKOUTS). In the time of COVID, Emma went live to share her exercises on Instagram. Also, she has her website, “emma-watters.com.” She shares a unique perspective on how she lives, including her makeup tutorials, skincare, hair, health, and diet tips. It also gives fashion advice, book review, recipes and cooking videos, interviews with her husband Jesse, and many more.