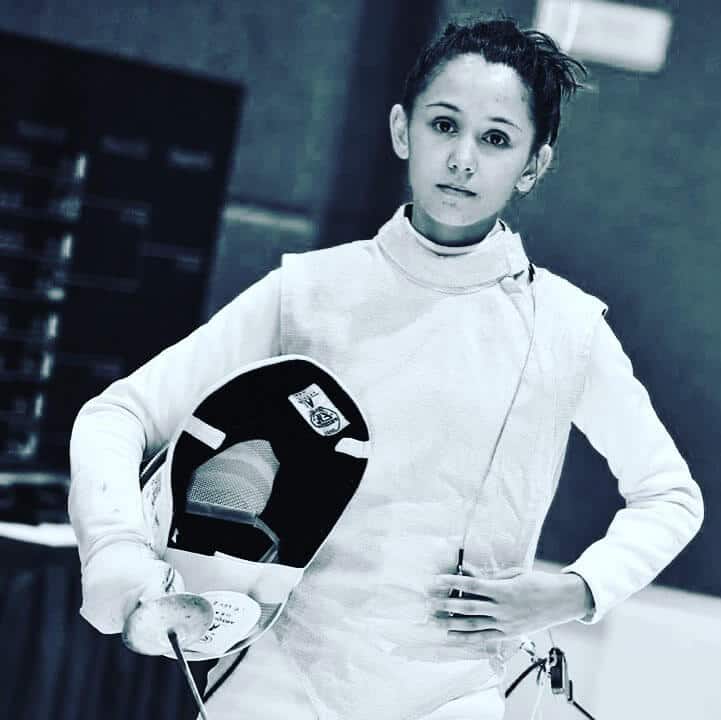 A foil fencer is an individual who competes in fencing competitions using only a foil and no other weapon. The popularity of foil fencing is growing around the world. Many people from all over the world compete in foil fencing at national and international games. Among those people, Lee Kiefer is a professional foil fencer who is able to secure her place in top positions.

Lee Kiefer is a right-handed foil fencer born on June 15th, 1994 in Cleveland, Ohio, U.S. She graduated from Paul Laurence Dunbar High School in 2012 with a high school degree. Her mother Teresa was a psychiatrist whereas her father was a neurosurgeon, who once captained the Duke University, fencing team.

Kiefer has a sister, who is a doctor and a former Harvard foil fencer. Her younger brother, Axel, was the gold medal winner in the 2015 USA Fencing National Junior Championship and a fencer for the University of Notre Dame, coming in second in the NCAA Championship.

Kiefer has a height and weight of 5’4″ and 108 pounds. She also has black eyes that are surrounded by long eyelashes. Her hair is long and dark blonde. It can be styled into different styles such as curls or braids. Plus, she has a great smile that makes her look younger than her years. She’s also very friendly and outgoing and her personality shines through in everything she does.

At the World Fencing Championships in 2011, Kiefer earned a bronze medal in the Women’s foil.  She finished fifth in the London Olympic Games after being beaten in the quarter-final by Arianna Errigo. In the 2014–15 season, she earned her first World Cup podium with a silver medal in Saint-Maur. Kiefer won the Algiers World Cup in early 2015 after defeating world No.1 Arianna Errigo, who had defeated her in Saint-Maur. After her win at the Long Beach Grand Prix on March 18, 2017, she moved into the top spot in the FIE world rankings, becoming the first American woman to hold the top spot.

Moreover, Kiefer qualified to represent the United States in fencing at the 2020 Olympics in Tokyo in 2021. There, she won a gold medal in the individual foil. In the final, she won gold with a score of 15–13 against the defending champion Inna Deriglazova. She is the first American male or female to win an individual gold medal in the Olympics. The epitome of dedication and skill, Lee Kiefer is an example for those who think that sports and academics can’t be balanced.

According to Forbes magazine, Kiefer’s net worth is $2 million dollars. This figure includes her salary as well as any prize money she earns during tournaments. However, it doesn’t include any personal assets like cars or houses.

Her net annual salary is still under investigation. As soon as her salary is known, we will update the information.

The foil fencer Gerek Meinhardt and his partner, Kiefer, started dating in January of 2012. The couple got engaged in January of 2018 and married in September 2019. She doesn’t have any children according to our database.

Furthermore, there are more than 3k fans following her on Twitter. Her most-followed tweet was posted back in August of 2018 when she announced that she would be competing at the World Championships later that year. It read “I’m so excited! I’ve been training hard all summer long and am ready to go!”