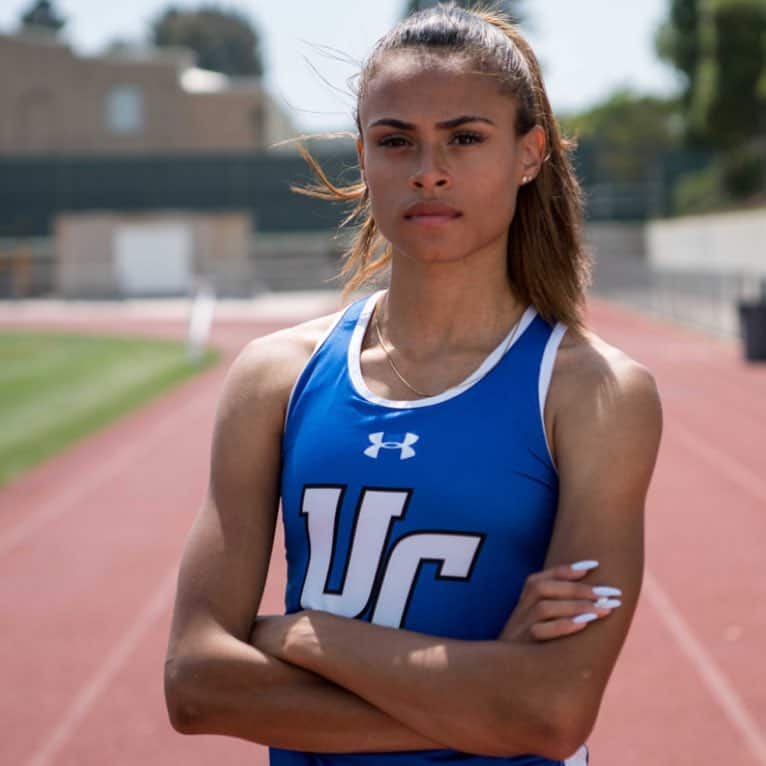 Sydney Michelle McLaughlin is a professional American hurdler and sprinter, who was born on 7th August 1999 in New Brunswick, New Jersey, USA. She is a 2020 Olympic gold medalist. She competed for one year at the University of Kentucky before starting her professional career in 2018. On 4th August 2021, McLaughlin set a world record in the final of women’s 400 meters hurdles at the Tokyo Olympics. Similarly, she set the world record of 51.90 in the 2020 USA Olympic trials. She became the first woman to break 52 seconds in the event and secured the first position.

Moreover, Mclaughlin beat the reigning gold medalist teammate, Dalilah Muhammad, and won the gold medal at the 2020 Summer Olympics. She earned the silver medal for the 400m hurdles in the 2019 World Championships. Likewise, McLaughlin ended in the third position in the 400 meters hurdles at the 2016 US Olympic Trials. She was the youngest athlete to play for the US track and field team in the 2016 Summer Olympics and finished at 16th position.

McLaughlin is currently in a relationship with Andre Levone Jr. since the end of 2020. Andre is a former NFL player, who has spent three seasons with Baltimore Ravens, Jacksonville Jaguars, and Carolina before retiring at 25. They gave information about their relationship by sharing a picture on Instagram.

Sydney McLaughlin was born and brought up in an athletic family in Dunellen, New Jersey. Her father, Willie McLaughlin was a semifinalist in the 400 meters at the 1984 Olympic Games. Her mother, Mary Neumeister McLaughlin was a runner in her high school. Mclaughlin has two brothers, Taylor and Ryan, and one sister, Morgan.

McLaughlin started her training from an early age along with Taylor and older sister Morgan. At the same time, she was in the class of 2017 at Union Catholic Regional High School in Scotch Plains. Taylor won the silver medal for the University of Michigan at the 2016 IAAF U-20 World Cup in 400 meters hurdles. Likewise, her younger brother, Ryan is in a track stand-out in Union Catholic.

The 2020 Olympic gold medalist, McLaughlin is 22 years as in 2021. She is 5 feet and 9 inches (1.75m) tall and weighs around 60 kgs. Likewise, her body measurement is approximately 33-28-31. She has beautiful brown hair and a pair of black eyes. Further information will update soon.

In 2014, McLaughlin competed at the national junior or U-20 championships and finished at second place behind Shamier Little in the 400-meters hurdles. She was 14 at that time and took 55.63 to complete the hurdle. Furthermore, it was the national high school freshman record and world best at her age. However, she couldn’t qualify to represent the USA at the 2014 IAAF World Junior Championships because of her age. Further, she set a record in a world age group best in the 100 meters hurdles (i.e., 13.34) over 2 ft 6 in (76.2 cm) hurdles in that summer.

Furthermore, she boosted her 400-meter hurdles in a 55.28 at the 2015 national youth trails at 15. She came second in the all-time world youth list, next to Leslie Maxie’s world youth and national high school record of 55.20 in 1984. Then, McLaughlin competed in the 2015 IAAF World Youth Championships at Cali, Columbia. She took 55.94 and won the gold medal. At the same time, she ended as the world youth and junior leader in the event.

In 2016, McLaughlin won the 400-meters hurdles at the New Balance national outdoor high school championships with 54.46 times. Here, she replaced the time of Maxie’s prep record and world youth best, and the American junior record of Lashinda Demus i.e., of 54.70. Similarly, she ran at the Swedish medley relay for Union Catholic’s team. McLaughlin ran fast at 50.93 splits in the 400-meters and her team set a high school record of 2:07.99. In the following week, she was named Gatorade National Girls Athlete of the year as she won the USATF junior championship with 54.54.

Additionally, Mclaughlin bagged the heat at 55.46 and semi-final at 55.23 for the 400-meter hurdles at the 2016 United States Olympic Trials. However, she ended in a third-place with 54.15 but set a new world record for youth best and junior record. This qualified her for the Olympics held at Rio de Janeiro, before her senior year in high school. Moreover, she is the youngest athlete to be in the American Olympic track and field team, since Carol Lewis and Denean Howard at 1980 Moscow. McLaughlin finished at fifth in Olympics’ semi-final heat and failed to go in the final.

Later, McLaughlin pen a National Letter of Intent to attend the University of Kentucky and participate in their track and field program.

Moreover, she carried on her thrust from her 2017 indoor campaign. In April 2017, McLaughlin broke the national high school record of 300m hurdles in outdoor season at the Arcadia Invitational. Likewise, she replaced Lashinda Demus’ record of 39.98 back in 2001 with her running time of 38.90. This was her first attempt over 300m hurdles as there is no such event in the high school track meet in New Jersey. Similarly, her time is in North American Record and worldwide 2nd next to Zuzana Hejnova with 38.16 in 2013.

Further, in the next month, McLaughlin ran fastest in the 400m relay split during the Championship of American high school girls 4×400 at the 123rd Penn Relays. She took 50.37 after taking the baton at the back of the eight-team field, leading the Union Catholic relay team to place third with 3:38.92. In the meantime, she improved her mark during New Balance National Outdoor Meet on 18th June 2017. McLaughlin helped Union Catholic to win the event by taking the baton in 6th place on a final handoff and passing into five other runners in a split of 49.85 seconds.

McLaughlin participated in the 2018 NCAA Division I Indoor Track and Field Championship, where she set the world junior 400m record i.e., 50.36. Further on 13th May 2018, she ran in 52.75 and won the event at her first appearance in the SEC championship. She broke the record of the collegiate and NCAA for 400m hurdles.

After one year in Kentucky, McLaughlin secured a place to compete in college and signed a sponsorship with New Balance in June 2018.

In 2019, she competed in the World Championships held at Doha, Qatar, and won 2nd place for 400m hurdles, taking 52.23 times. This was her personal best and third-best of all time. Likewise, she gave a world-leading performance with a split of 48.8 in the 4x400m relay and helped the team to win the event.

In the 2020 Tokyo Olympics, McLaughlin set a world record and Olympic record, by running 400m hurdles in 51.46 and bagged first place. Moreover, she was a part of 4x400m relay, where they won the event with a time of 3:16.85 at the Tokyo Olympics.