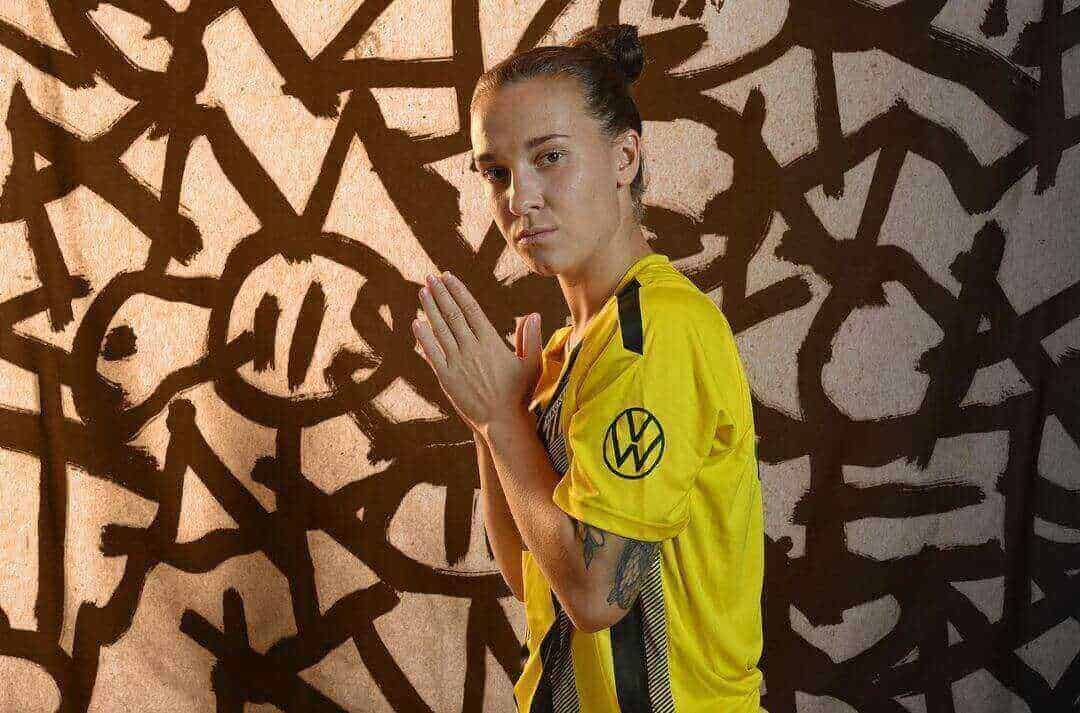 Julia Margareta Zigiotti Olme is a Swedish footballer born on 24th December 1997 in Upplands Väsby, Stockholm, Sweden. As of 2020, she is 22 years old. She is playing as a forward in Kopparbergs/Göteborg FC and the Swedish women’s national football team. Though she is Swedish, her mother is of Italian background. However, further information about her parents, relatives, and siblings is not known to the public.

At the age of 22, Julia Zigiotti Olme is 5 feet and 5 inches tall (1.65m). Her weight is estimated to be around 61 kg. Being a footballer, Olme is maintaining her diet and fitness to be physically active. Due to this reason, her performance in the field is exceptional.

Olme first joined the national team in the year 2014. She started playing in the Sweden U-17 national team and made just six appearances from the group.  In the same year, Olme also played in Sweden U-19 national football team, making 18 appearances in the club. Altogether, she scored a total of five goals in 2016. After a couple of years, Olme was made it into the Sweden Women’s National Football team. Zigiotti Olme was “in shock” when the manager called her to the senior Sweden national team in September 2018. As one of their opponents was Italy, she was happy as her mother is Italian. In May 2019, the manager of the Swedish National Team chose Olme for the 2019 FIFA Women’s World Cup. Though Olme made six appearances from the team, she hasn’t scored any goals since joining the women’s national team.

Zigiotti Olme likes to keep her personal life hidden from the public. She is currently single and not dating anyone.  We don’t have any information about her marital status and her children.

Zigiotti Olme’s primary source of income is mostly from being a successful football player. Her net worth was growing significantly in 2018-2019. According to some online sources, her estimated net worth is between $1 million and $5 million. However, the exact net worth is yet to discover. The average annual salary of the player is under investigation.

It seems that Olme is active on Instagram only. There she posts pictures of her with her team members of clubs and the national team, showing her friendly behavior and admiration towards her teammates.